Oh, my mind, my mind, takes me on adventures I want to share with you. Tales entwined with now & yesterday

Joyous day! A visitor flew in and saw me,
Flew round my head, sought out my murraya tree;
Brave butterfly, delicate of wing, dancing with the wind,
Teased by the tail of another cyclone while
Hidden in my jungle fat green frogs croaked. 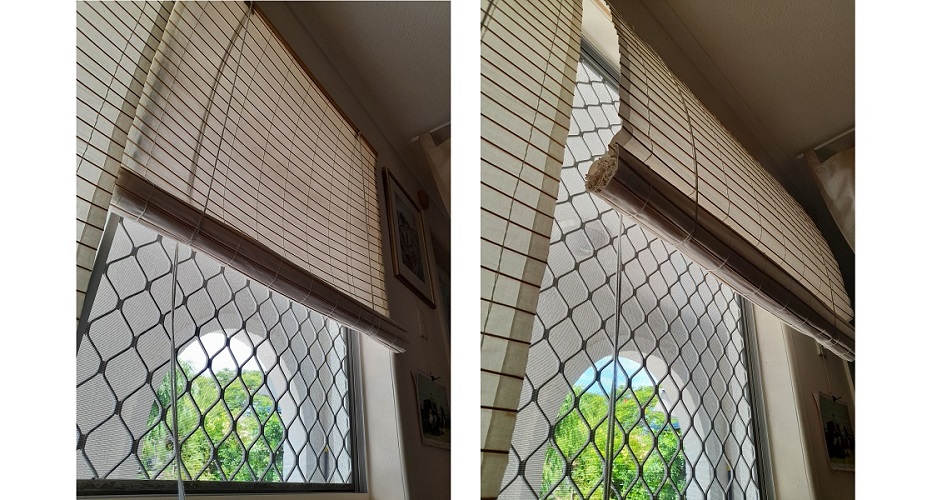 How lovely to sit with a cuppa on my day-bed, cool, after so many disgustingly hot humid days, watch the wind play in the garden, flap blinds. It’s like watching the ocean.

Memories swim with the sounds of the blinds thumping, snapping this way, that; sounds my sail made as I turned a wild gybe, tacked this way and that careering through boisterous weekends with children and friends.

Oh, how lovely the wind. Unbelievably yesterday I put on a pullover. I’d not worn one for years at this time of year but the drop to 25° is quite chilly for me.

I sit by my window and dream of places and people I once knew. And others soon I hope to see in far-off places across the sea.

Oh, my mind, my mind, takes me on adventures I want to share with you. Tales entwined with now and yesterday. My bag is nearly packed. What about yours?

Did you like my funny little proses? How did they make you feel?

addendum: jump to identity of my visitor papilio aegeus

Rain!
After such a dry spell.
Pain!
Big trees fell
…And a baby too young to fly but
bigger than either parent whose songs made me cry. 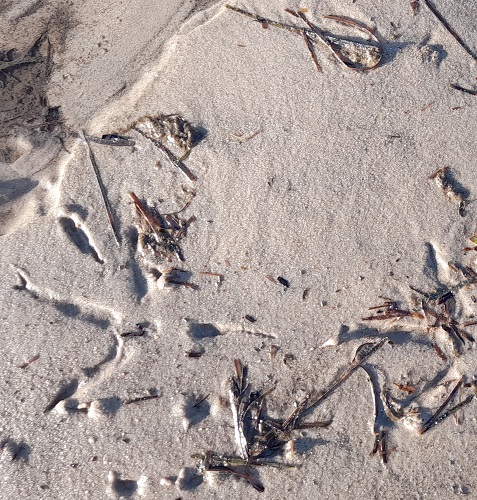 Late afternoon I wandered the sands in a gentle breeze, creatures stirred, emerged to write messages before gulls or other birds got them. Or if a wee crab, scuttled for cover, burying well considering my footsteps, though light, threatening.

And I paused, saw wonders unfold, saw forms, images and things in the writings others might not. Even Snoopy was there in this slice of life.

Asemic writing written by trees, the wind, seaweed on the sand, termites and me.

For years I had been doing Asemic Writing without knowing it!

That is, squiggles and scratches that could be mistaken for writing in an elusive script but, according to Mr Wikipedia, are “without the smallest unit of meaning”, “having no specific semantic content”.

I argue Asemic Writing reveals a feeling, atmosphere, temperature (as in hydraulic metaphor of certain emotions) therefore, Asemic Writing suggests something! (hee-heee-heeee Mr Wikipedia!) Oops, I’m transferring human emotion to the squiggles – or rather, an emotive idea behind specific patches of it – and emotions have narrative! so, have I a sub-conscious (now obviously conscious) desire that such writing does convey something?! An idea much like regular writing does. Think of cuneiform writing! Was it first thought by moderns to just be decorative patterns? Are my thoughts too rickety, ramshackle!?

Below is cuneiform  courtesy of The Metropolitan Museum of Art https://www.metmuseum.org Thank you. The five pics are Public Domain. I utterly adore #1. (ca. 3100–2900 BC.) Information of each is below.

Quote: “Of the many legacies left by the ancient civilizations of southern Mesopotamia, the invention of writing is paramount. At the end of the fourth millennium B.C., written language developed in the region, first as pictographs and then evolving into abstract forms called cuneiform. The pictographs, like the ones on this tablet, are called proto-cuneiform and were drawn in the clay with a pointed implement.” To read more, go to The Metropolitan Museum of Art site https://www.metmuseum.org.

Now, can some Clever-Boots interpret this cuneiform?

Asemic Writing is seen in some of my paintings – and now I have the word, Thankyou bluebrightly who enlightened me! We both take photos of patterns made in nature and myriad feet passing.

Here’s Asemic Writing collaged from one of my paintings:

In these paintings you may see asemic writing on trunks and secret places!

A little more loosely in these miniatures:

More aggressively in these bigger fellas:

However, the scribbles in these Rainbow Lorikeet paintings are not asemic as they could be recognised by another Clever-Boots to say something:

Back to Top
Ebbs and Flows
Asemic writing in Wet sands

Here we go again another Winter

Fast-flying from the sea,

Days hot as if spawned by Hades stripped bare for Winter and hot tea.

Winter is upon my garden, my friendlies gone for the jungle is lopped to let in the sun. Blue-tongue lizards are vanished, corellas and lorikeets too but my coriander is doing well. As I am. ’Though the last ocean swim nearly froze my head. However, the manuscript’s down to 120,978 words. An awkward figure?

Beyond all madnesses … Poetics: poetic utterances or feelings.

On the front of a wave I hurtled to the shore rasped by sand under sunny skies. A stiff breeze tickled the sea and I rolled to my feet to dive back for more. How long can I keep this up? The years fly too fast, days subside to a peculiar past.

Urgency grabs me to sort photographs, paint pretty pictures and start a new book, master another unit of Attic Greek and dig a trench for shredded old manuscripts… but today beyond all madnesses, have a cuppa with a friend.

Word for the Day:   Poetics: poetic utterances or feelings.

A Writer Emerging with A Contemporary Tale aswim curious things.

As I explored my experiences and went to Greece researching for a tale, I realised that hey! I’m no teenager off on the Grand Tour, not even middle-aged but perhaps already in the matinée of my life. Early Autumn. Early afternoon. And so A Greek Matinée was born. Matinée? An afternoon’s entertainment.

To read some Manuscript-Reader comments thus far, click item on the menu.

I’m on a great learning curve to set this site up. I do hope you like it, perhaps even find something helpful as you negotiate your own paths.
#2

Expanding Our Brains in Autumn with Frogs